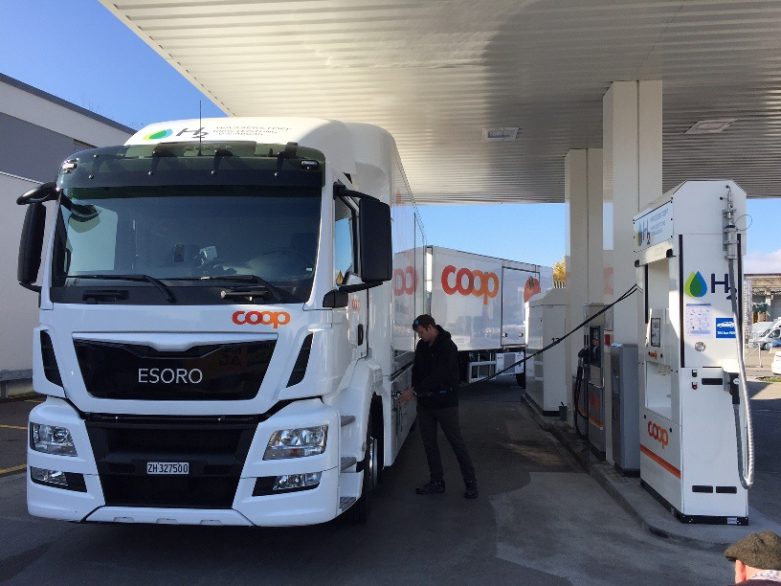 How does an HRS work?

Hydrogen refuelling stations operate at 350 bar for buses and at 700 bar for passenger cars. In the H2Haul project, 350 and 700 bar stations will be used to refuel the trucks. Hydrogen refuelling stations typically comprise gas storage, compression, and dispensing equipment to refuel vehicles according to internationally agreed protocols. Hydrogen can be produced at the HRS or delivered to the station. 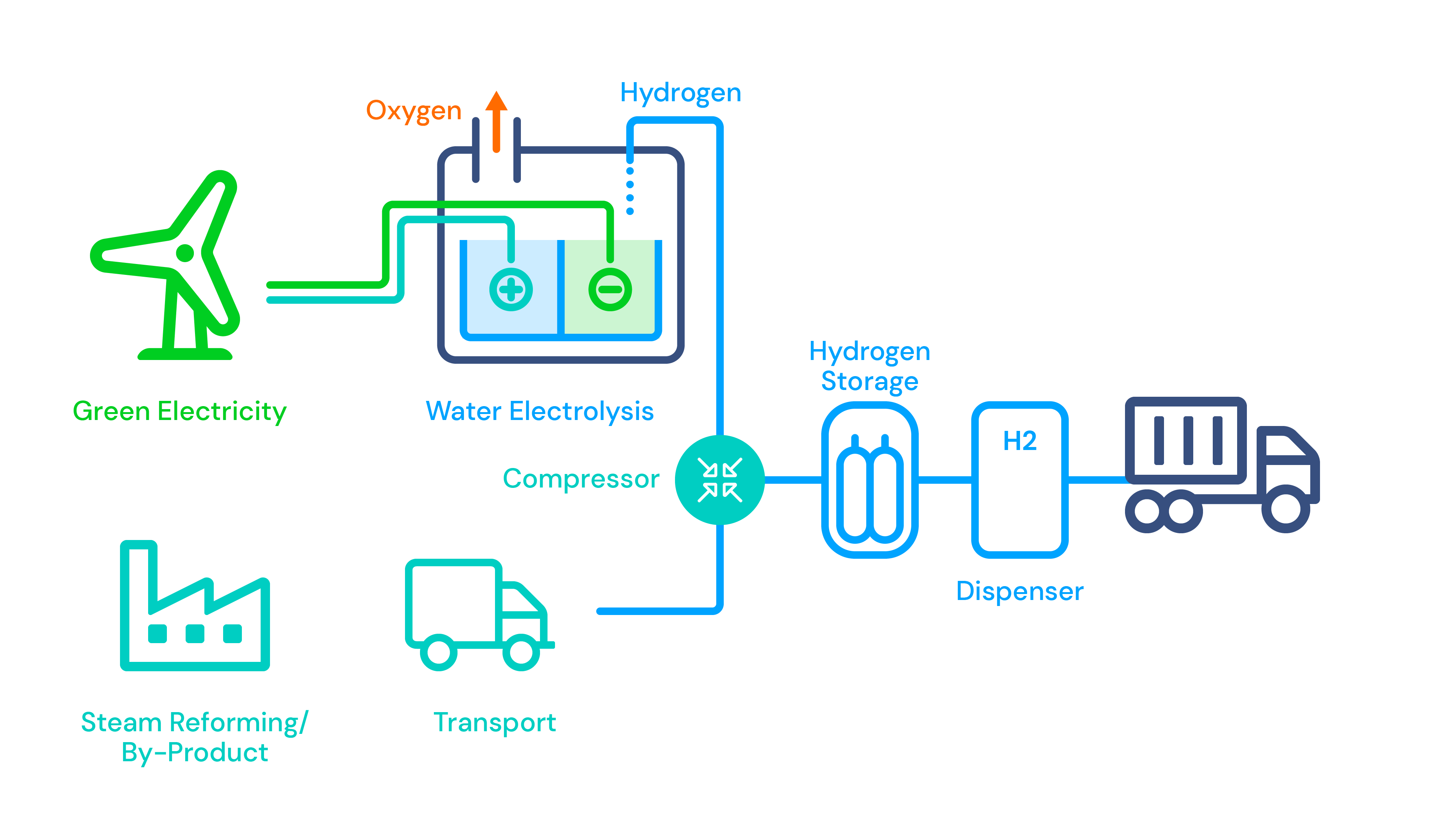 Hydrogen is the fuel of the future. Therefore, it is worth taking a look at how hydrogen gets into a fuel cell truck and onto the road.

How is hydrogen produced?

There are different ways to produce hydrogen that have different levels of carbon intensity:

Low-carbon and renewable hydrogen production pathways are the following:

– Renewable hydrogen: Hydrogen produced from the electrolysis of water – a process that uses renewable sources (e.g. wind, solar, hydropower) to produce hydrogen from water and electricity.

‘By-product’ hydrogen, meaning hydrogen that comes from facilities and processes designed primarily to produce something else (e.g. chemical industry) is another way to use hydrogen.

Below is the example of renewable hydrogen production in Switzerland, using hydropower as an electricity source. Hydrogen is then generated by electrolysis and transport in tube trailers to the hydrogen refuelling station.