An Overview Of Fuel Cell Trucks

Why
Fuel cell trucks are an eco-friendly solution that offers the same advantages as conventional trucks.

How
Through the deployment and commercialisation of fuel cell trucks to ensure sustainable transport of goods.

Who
Logistics service providers, shippers and hauliers will adopt this technology.

An overview of the truck market in Europe

0 MM
trucks in circulation throughout the European Union in 2021
0 k
trucks were manufactured in the EU in 2020
0 MM
people are employed in the road freight transport sector
0 k
new trucks were sold in the EU in 2020, a drop of 25.7% compared to 2019
0
trucks assembly plants in Europe
0 k
trucks (over 5 tonnes) were exported worldwide in 2020, worth €5.7 billion
0 %
of new trucks sold in the EU are alternatively powered vehicles, but they only represent 0.7% of all trucks on the road today.
0 %
of all new trucks sold in the EU are powered by diesel, and 0.1% by petrol
0 years
is the average age of Europe's trucks

What Is A Fuel Cell Truck?
Fuel cell trucks are hydrogen-powered electric vehicles with a range and refuelling time equivalent to that of today’s diesels. Hydrogen trucks have the same advantages as electric vehicles because they use the same electric motors (more power, instant torque, zero emissions, etc.) while eliminating many of the problems associated with battery electric vehicles (long recharging times, limited range, cold start, extra weight, etc.). 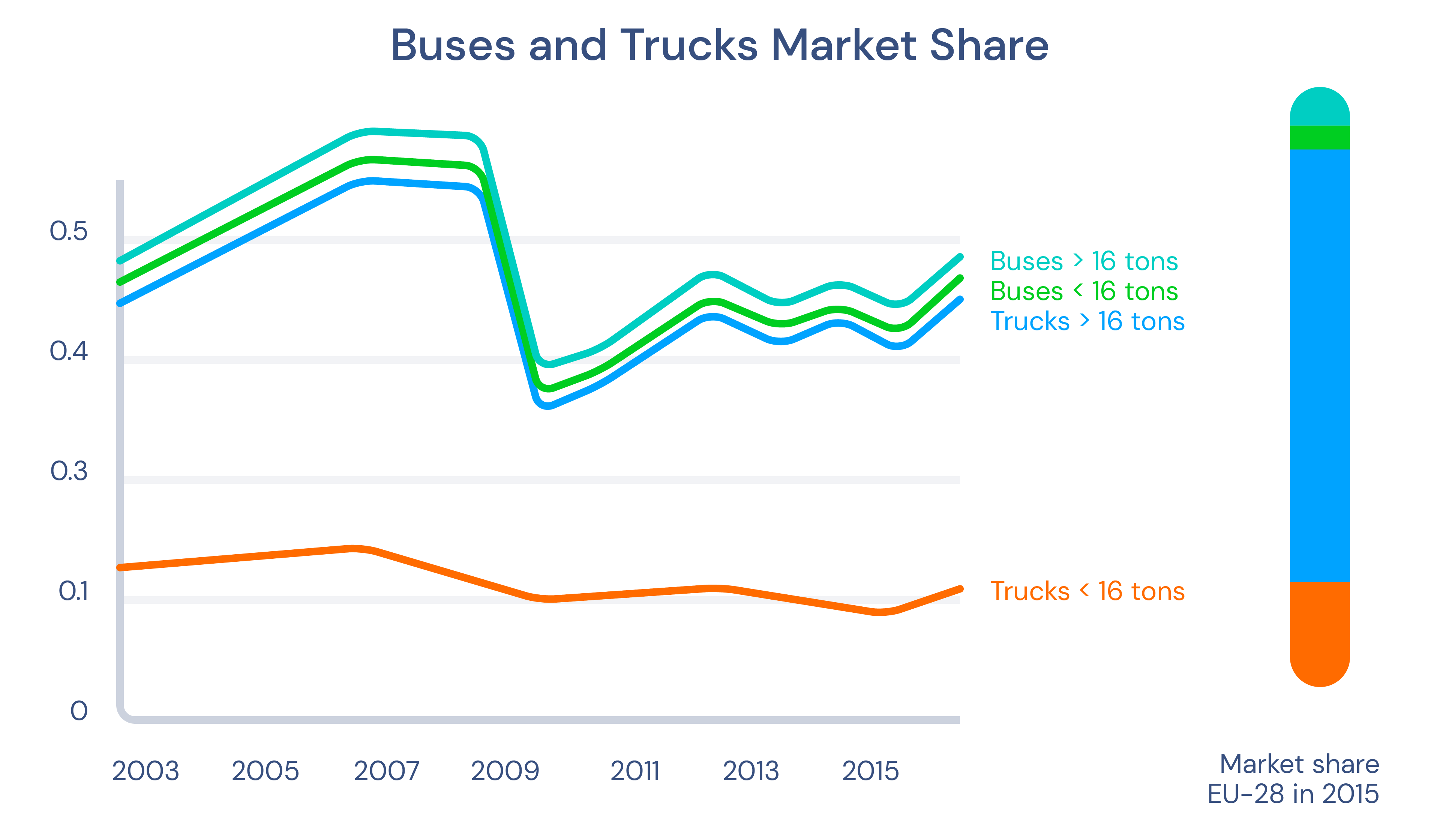 Why
They are environmentally sustainable, lead to better air quality and comply with zero-emissions requirements.

Cost
The cost of hydrogen is dropping, making them more affordable.

HDVs are due to be an important market for hydrogen technology as suggested in the schematic below: 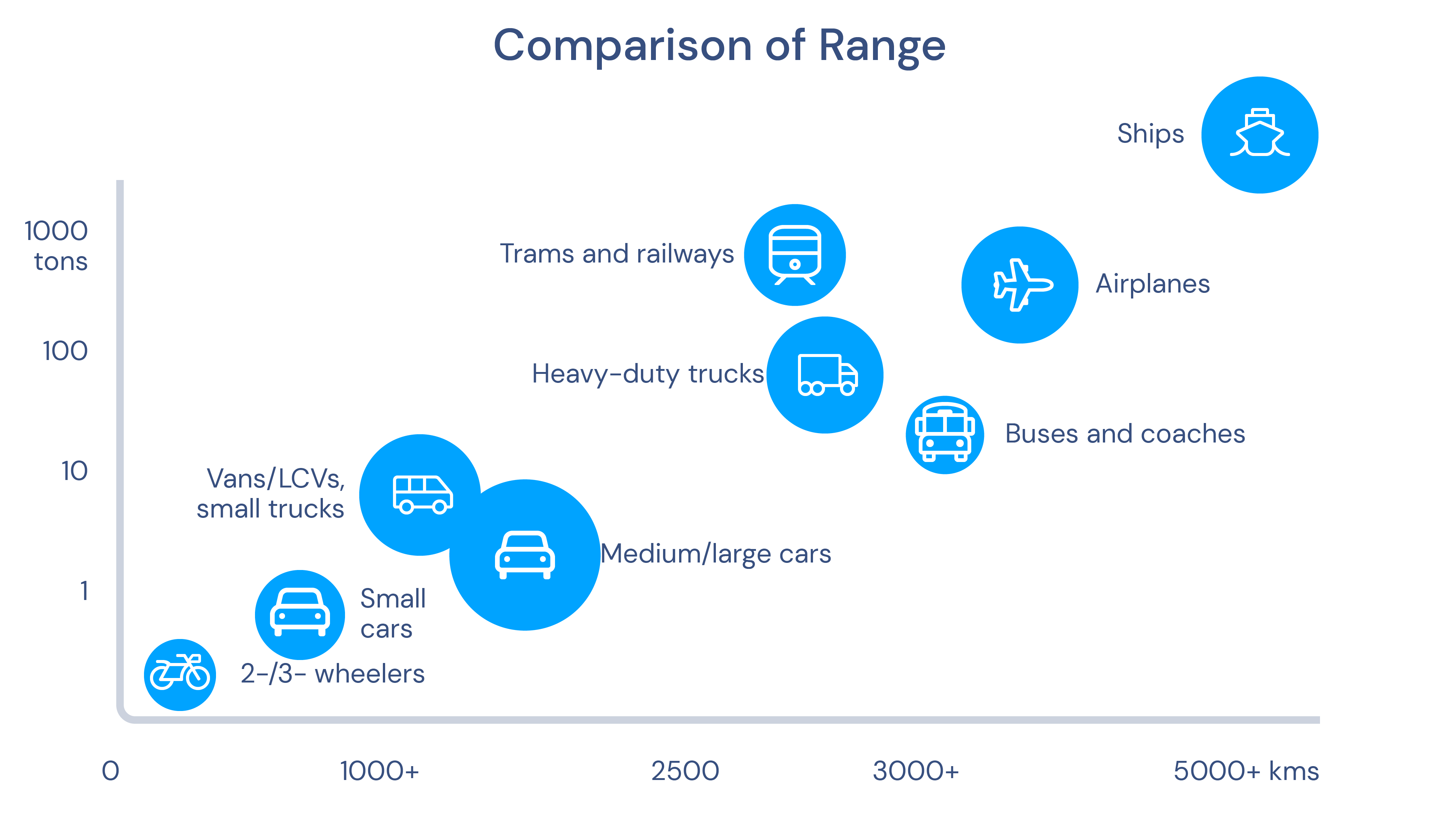 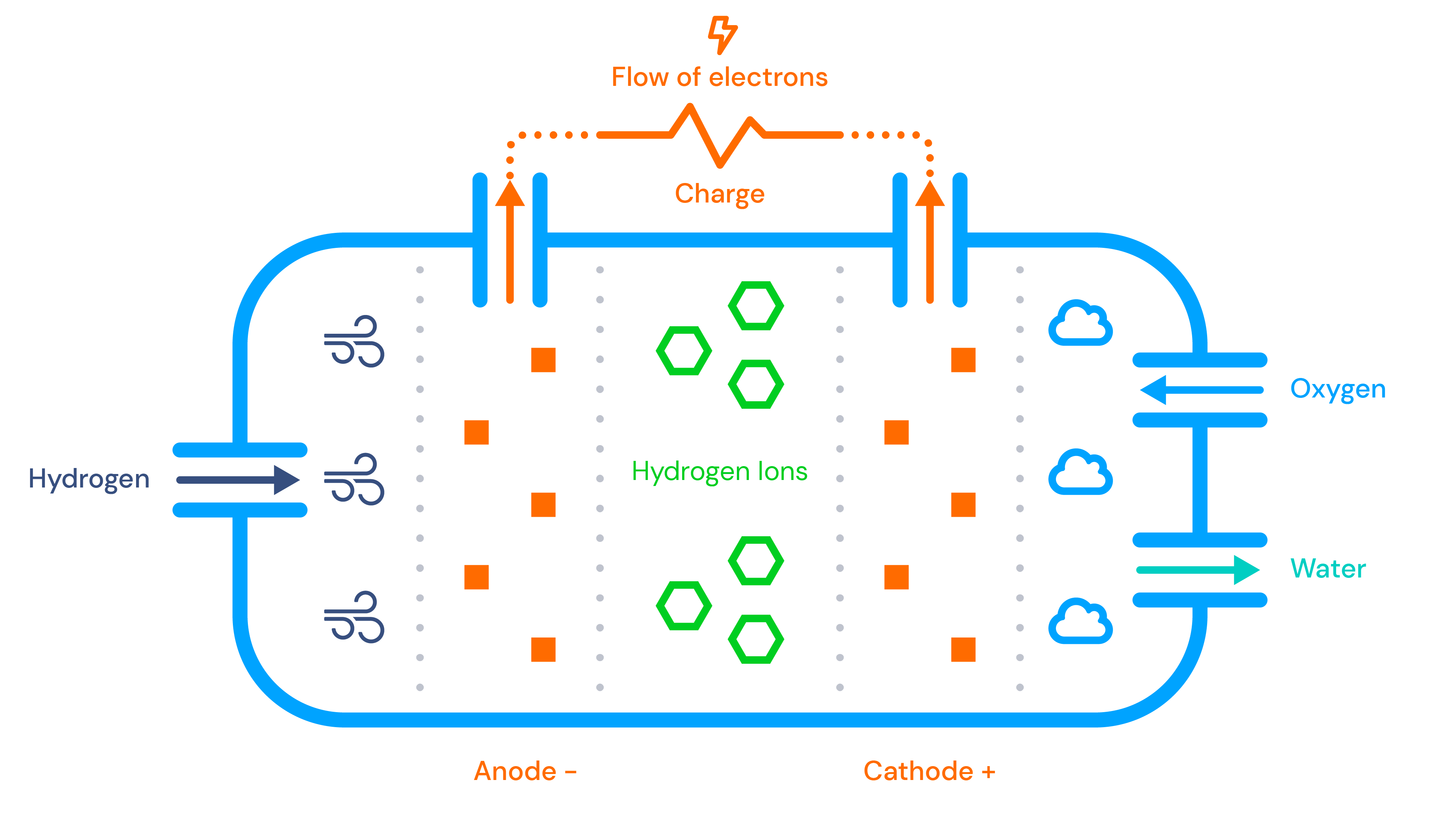 A hydrogen atom includes positive ions and negative electrons. Oxygen (O2) is pumped in through the cathode, attracting the hydrogen atoms (H2) which are introduced at the anode. To get to the oxygen, the hydrogen atoms have to cross an electrolyte or membrane that blocks their electrons. These electrons are forced into another circuit that produces electricity. The ions (H+) on the other hand, flow through the electrolyte to reach the oxygen atoms which they bond with to form water (H2O). This process produces heat, which can also be used as a source of energy. Current research is focused on perfecting the membranes.